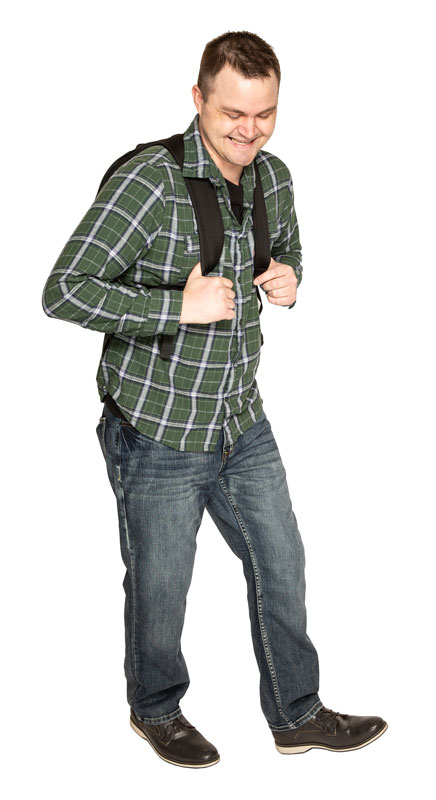 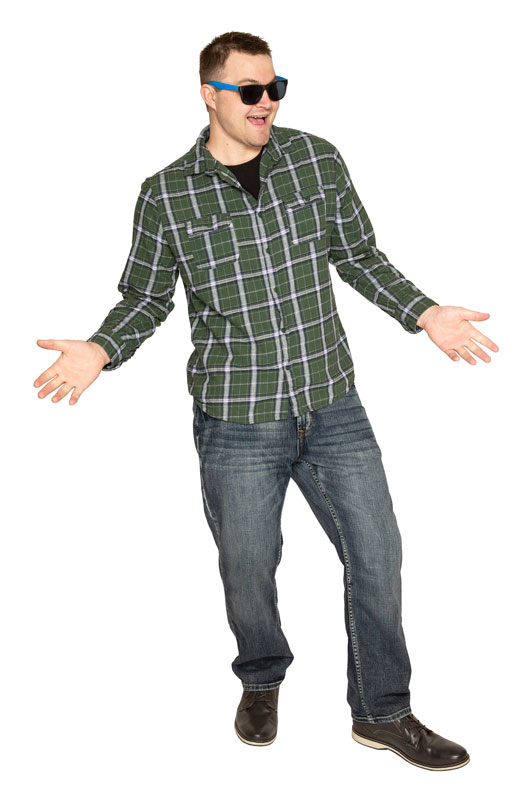 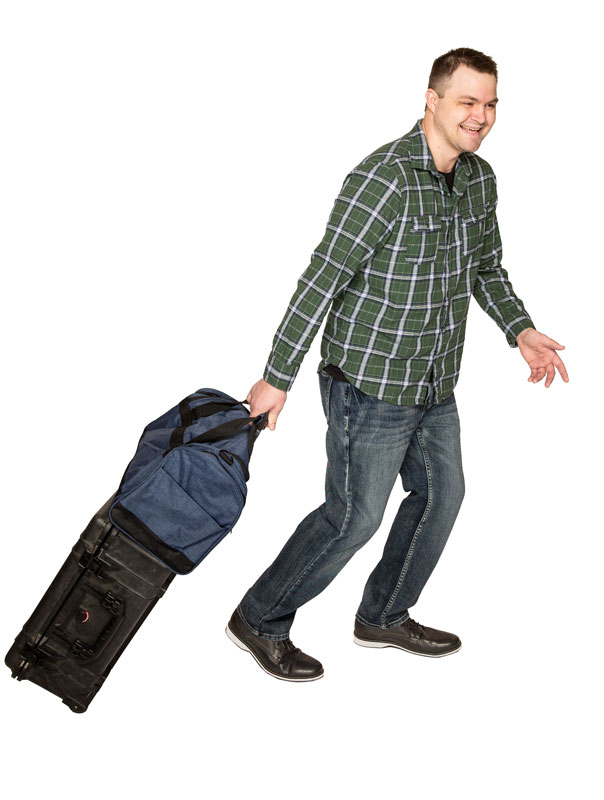 At a community college like LCCC, the doors are open to everyone on their educational path. The campus makeup has extended well beyond the traditional student taking the
traditional route for a traditional college experience.

Andrew graduated from high school in 2006 in Minnesota. "I didn't know what I wanted to do for years," he said. He went back and forth between working and school.

In 2019, he decided to enroll in a two-year sonography program. He explored options in Minnesota, in South Dakota and—thanks to his mom—at Laramie County Community College. He settled on South Dakota but quickly realized it wasn't the place for him.

Andrew and his mom packed up his belongings and drove to Wyoming (a state he'd never even visited) four days before the LCCC fall semester started. He had much to do, such as applying for on-campus living and registering for classes.

"It was very... abrupt," Andrew said. "I ended up in classes like anthropology and sociology. And taking those courses, I started to have an appreciation for school, which I really didn't have before."

Like many college students, Andrew found that his interests shifted. "After I spoke with a number of instructors, I discovered that I like school, and I wouldn't mind going a little further with it," he said. He's exploring many psychology-related careers including those that require continuing at a four-year institution and beyond.

That new-found love of learning is evident in his classes.

"He's a great student who challenges his classmates with his questions and perspective," Lisa Taylor, a psychology instructor, said. "He moves seats each class period, which forces people out of their comfort zones and makes them participate from a different view point—literally."

Andrew also found a community of support by living in the residence halls.

"I thought I was going to be one of the oldest people in the dorms, but one of the first
people I met was a suitemate who has two years on me," he said with a smile. He's
met a number of others in a similar situation.

Of course, no college experience would be complete without extracurricular activities. Andrew has jumped right in with LCCC's Student Government Association (SGA). He joined the group last year after an introduction to it in one of his classes.

This year, elected by his peers, he's leading SGA as its president.

"Andrew's one of the most personable student body presidents I've had the pleasure
to work with," says Student Engagement & Diversity Coordinator Zeke Sorenson. "He
genuinely cares about student issues and has a drive for making a difference."

Andrew appreciates all that SGA has given to him. "As a transplant, joining SGA helped me meet people and get involved," he said.

In fact, last spring, while taking his last general education requirement in theatre, Andrew learned about a play being put on by the LCCC Theatre Department, and he became involved, helping with set construction and props.

It was such a positive experience, that he took it a step further: Andrew auditioned for and landed a part in this year's spring production of The Squirrels. (The play, unfortunately, had to be cancelled because of the COVID-19 virus.).

On a daily basis, Andrew—who will graduate in December 2020—sees the wide variety of
LCCC students with a range of experiences, needs and dreams.

"I'm lucky to be a part of this awesome group of students that range from fresh out of high school to people my age or older," Andrew shared. "I waited [to go to college]. This was the right time for me. I'm old enough to appreciate it."